What have you done today?
I want to thank http://dadpride.blogspot.co.uk/ for asking for my thoughts on this; the process of thinking about being a Dad is one I believe important for me. It’s tricky though isn’t it? Pride?; it is one of those words that is rather double edged, though there has been a tendency in more recent years to see it as a positive thing, a value worth savouring in ones achievements or in those of one’s countrymen particularly.(Thanks too Heather Small, London Olympics et al!) I’m not certain it was always thus. The move towards a more secular society as opposed to one based on religious teaching, where the most forceful thrust against pride was preached, may well be part of the reason, but the emancipation of the family is certainly where current and future pressure will come.
I have no recollection of my Father ever proclaiming pride specifically in my efforts or attainments as a young boy nor come to that as an adult, though I can definitely remember him rolling out the tired old expression about ‘pride coming before a fall’. When I reflect on these things today, I wonder if that is some emotionally stunted method of protecting oneself from disappointment of failure, something that certainly drove me on at school and into work , and I believe my father was always fearful  about losing the ability to provide, seeing benefit claimants as scroungers, something he would never be. 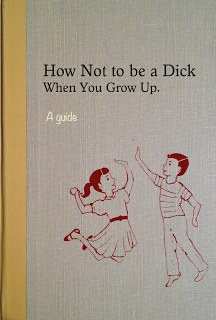 The cliché is that it was a different time and men’s acceptance of their emotional involvement in their families was not as commonplace as it is today and that is of course true to a degree. Mine, and to my memory most fathers of the time self endowed their ‘pride’ by fulfilling their role as provider, but certainly not all. The closest I can recall my father exhibiting pride in connection with me was in his ability to deliver on the promise of a new bicycle should I pass the exam to get into ‘a better school’! That was the thing, not ‘I’m proud of you son for passing the exam’ but ‘be proud of your Dad for keeping his word’. The notion that today’s man is confused about his role in the family because of the dynamics of family life doesn’t reflect that many men suffered a good deal of insecurity even then about their role. I have to make a conscious effort to not be overly influenced by my history and for years before my children came to be, I would often maintain relationships by buying ‘stuff’ to prove my love. Falling ill and losing work or the ability for a time soon taught me ‘that’ lesson.
I am as they say in the modern parlance, a ‘mature father’. I am not certain if this gives me a different perspective on the role of Dad, but certainly my own experiences as a child have significantly informed my choices as one. I am also an example of the “modern Dad” one from a failed relationship who is judged by our judicial and social care systems and to some extent our current society to be almost certainly, and regardless of information to the contrary, likely to be less effective a parent, particularly with regard to emotional development of children than the mother will be. This is our fathers legacy to us, and I hope very much one that will not persist beyond this generation.
My main focus has been that I never wished my children to feel they needed to hesitate to ask for reassurance or support in their life choices and progress nor did I ever desire the fear of failing be a reason to prevent any of them from pursuing their passions, intuitions, desires or beliefs. I hoped to find a way to provide what I felt they truly needed rather than what they wanted, so how to do it?The answer exists in the list of aspirations I set for my boys, namely ‘ask the person who is doing the thing already, they will be bound to have considered it’. So I asked the children (because they were the children), and I continue to try to find from them what the need.
I have learnt from my children by listening to them and engaging with them just what it is they really need. I have come to realise that far from wanting the latest toy, they need time with their parents. They need to talk about things and not be questioned about them, they don’t even need you to have an answer a lot of the time, and they often just need reassurance that they have found the correct one for themselves. In my own blog I wrote a piece based around an email I sent to my sons when I had been ill and unable to see them as often as we all had wished and in response to questions the boys had asked. Almost everything in that email however had been discussed with one or all boys at some point or other and rather than put things down in the form of answers I tried to let them know that these were things that I hoped for them to know and that I felt I had taken too long to learn.
I think that I have come to see being a Dad as a bit like mentoring; being a good Dad is a lot about being a good man much like a good manager often makes a good mentor. I observed senior managers often make 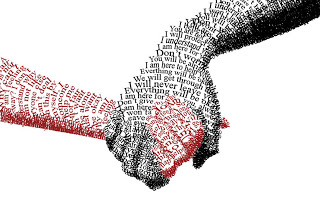 ridiculous assumptions about experience and knowledge without understanding that experience is not about time spent doing something but about learning from the doing, we all know of people that have worked at the same thing for years without improving it only for someone with genuine passion and interest to come a long and overtake them. They practised more; they learnt more they tried harder. Being a Dad for me takes practise, I need to think about it and try harder each time, if I don’t I can’t possibly make it as a mentor, and as a Dad, I see one of my important responsibilities to try to turn out children, who will practise longer, try harder and think more than I did.

Like http://dadpride.blogspot.co.uk/, I am disappointed by the often negative stereotyping of Dad’s in the press and media, I’m also a little disheartened with us Dad’s for not standing up for ourselves a bit more. In a world with movements in support of so many different aspects of family life,(and rightly so), including organisations to empower mothers, like “Mums net” and the positive reinforcement of Gay and Lesbian parenting models, the support for the single parent family all of which have affirmative and strong networks built up, Dad’s have a disparate group of individuals and small associations none of which seem to be supporting each other pro-actively. Is this because we come from the “STAND ON YOUR OWN TWO FEET!” school of man training? If it is then it needs to change. I struggled for years with my personal demons, never quite understanding why I couldn’t solve them all, at least temporarily; my epiphany came when I finally asked for help. The best decision I ever made rather than making me seem weaker as I had been taught to believe, it gave many around me the view that I was actually strong for seeking it out.
‘Dad Pride’ for me is about showing my boys that learning and knowledge,empathy and appreciation,     succeeding and failing, all go towards forming personal beliefs and opinion, and that it is vital for them to function as reasonable and effective contributors to the lives of others including their own families,schools, 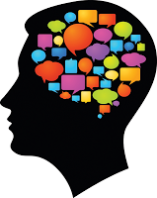 associations,workplaces, friends, and even future Dad’s organisations, that they form thoughts,judgements and opinions with balance in all these things for all futures to be rewarding. Its about encouraging thinking,excelling at thinking, believe that thinking is a requirement, a necessity,. Embrace the task of thinking, work at it, nurture it in others as well as yourself, refine it, define it, hold it in your hands as well as your head, and keep those thoughts you have no earnest use of and share them with those who may, and write them down. Seek out different views to the ones you form, they will either persuade you in which case you learn something or they reaffirm your beliefs in which case you still learn something.
Being proud as a Dad for me is about my child coming to conclusions or decision in life situations that match those I would likely have reached in similar circumstances or even better different to mine with an ability to explain why by only using reasoning.
As much as I want to have pride in my children and for that matter my children to be proud of me, the main thing for me is that I can be proud of myself, that I did my best. It is a mantra I espouse to my lads frequently and if I want them not to remember me as a hypocrite, then I have a duty to myself and them too always work towards my best.
People talk grandly about birthright and legacy; well I believe the greatest legacy I can leave my boys is my time, our time, and this time for their lifetime.
What have I done today to make me feel proud?
Easy really; I told my sons I loved them.
©Agides

Don't Break a Butterfly on a Wheel

The latest news on WordPress.com and the WordPress community.

The Name Of The Rose Blog

Being Mum to a teenage daughter with Aspergers

MY SON'S NOT RAINMAN - Blog